Welcome back to the blog! Before we get started, some special info to take note:

“Australia Remembers: Armistice Day France Service” will be broadcast on the ABC at 9.42pm on Sunday 11 November (Brisbane time).

Also, there’ll be a story on Channel Ten Eyewitness News at 5pm today which will include Voices of Birralee (Friday 9 November). Tune in!

Awaking to a rainy day in Bailleul, choristers were treated to a breakfast of delicious croissants and bread provided by the local community, before jumping on the bus to head to Amiens, with a few stops in between.

With the rain limiting outdoor activities, we visited the Somme 1916 Museum which is built upon and within 13th century tunnels that were turned into air-raid shelters before WW2. 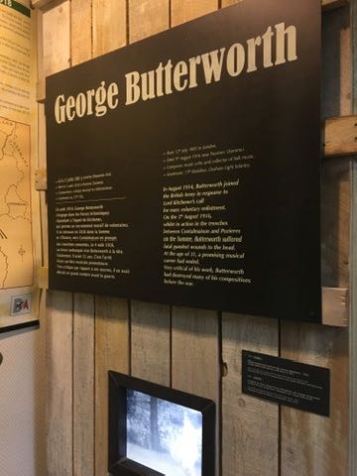 The museum is incredibly interesting, delving into the history of the battles of the Somme, and the impact on multiple nations, including Britain, New Foundland, Germany and more, covering themes of the soldiers’ state of mind when they returned home, as well as the role and toll on animals including horses, dogs and pigeons.

After the museum, the choir visited Thiepval Memorial which commemorates 72,000 British and South African soldiers reported missing prior to 20 March 1918.

Josh walking through the cemetery (pic by Lindy) 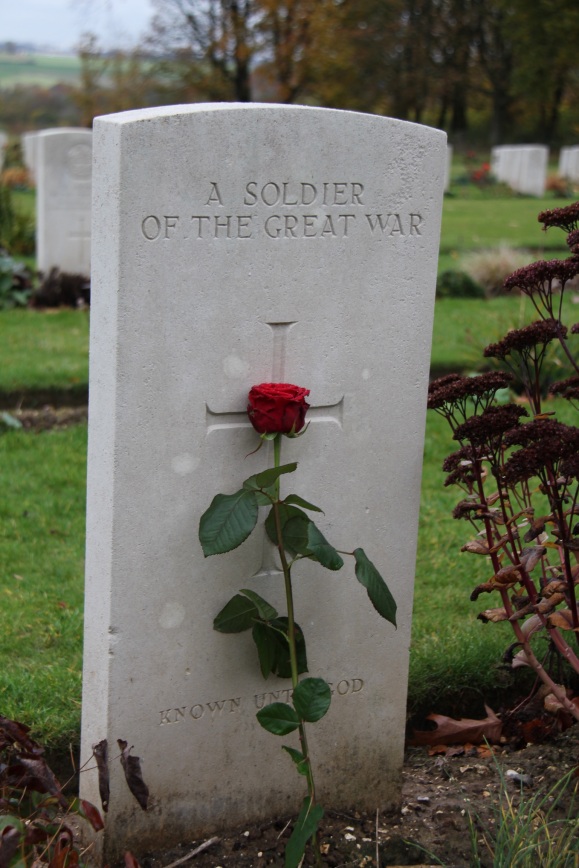 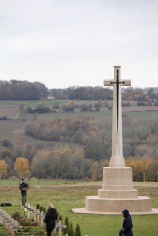 The monument is very impressive towering at 45m, with a cemetery below. While a sombre sight, it was a beautiful one, flanked by trees with vibrant autumn leaves. One of our choristers, Laurence honoured the fallen soldiers once again with a bagpipes solo.

Our choristers also honoured the troops with an impromptu sing of In Flanders Fields. It was quite a moving experience with many choristers reflecting on what happened in the site and the sacrifices made.

After the historical visits, the choir checked in at their Amiens accommodation and quickly got ready for their second community concert, this time in the village of Fouilloy.

It was quite an intimate concert with a very appreciative audience. It was lovely to perform for another French village and a fun moment (our conductor Julie’s idea) was for each chorister to introduce (in French!) who they were and their profession. I think the audience appreciated our efforts!

After the concert, we were delighted to be led by Fouilloy Deputy Mayor Serge Rondot on a short walk for dinner. On the way we could see the Australian National Memorial in the distance – a perfect reminder of why we’re here and what we have to look forward to.

We were provided a fresh and delicious meal at a local restaurant and we were very appreciative of the warm welcome. It was such as great representation of friendship – another perfect end to a community concert.